Written Dec. 30, 2012
Moraleja is my aunt’s country house. It is located approximately an hour from Bogotá and its 3.100m above sea level. Many people I met during my time in South Africa were surprised to hear that Bogota was cold and so high up, well…this is higher, and colder and a million times more beautiful. Mountains, green lush vegetation, flowers, cows, horses, dogs, rivers, and no celphone signal, no internet, no iPhones, no Blackberrys, no Facebook. It’s a perfect place to disconnect, to start the new year with people that matter and no virtual distraction, it’s a perfect place to look inside, to get in touch with what matters.
Getting 12 people, 12 Borreros (my last name), 10 of them women (yea, its generic but I believe I can generalize when it comes to women being slow…its simply a fact of life in my family), to be ready and move them around is a hard task…Especially when we’re all on vacation mode and apparently feel no rush.
This morning we woke up late, had a big breakfast courtesy of my cousin Caro and uncle Josis (the family chefs). I went to pick up Martina who I hadn’t seen in over three months and missed terribly!
Marti is so well behaved! She Is still nervous around people she doesn’t know or when too much happens at once, but she is so calm now, does what’s told, and looks exactly the same! I missed her terribly and its been a hard day coming to terms with what her future might be, not being able to do anything about it simply upsets me.
After about two hours of packing, talking, planning, and god know what else, we were finally on our way to Moraleja (with a delicious burger stop for lunch).
Because there are so many of us it took three rides to get the whole gang up. I was in the first group with my cousin and grandparents. After three hours the second group arrived with the car FULL of grocery bags. When I mean FULL, I really do mean FULL! The bags covered the whole kitchen floor and counters, it was insane! When the last group finally made it up the chaos began, putting everything away, the chefs began to cook, we all started drinking some wine or whiskey.
And then, amidst the crazy loud chaos that is my family (even though we’re not complete), I thanked life. I love being part of this chaos, even if some are stressed, there is always someone in the group trying to lighten up the mood, someone is always laughing (LOUDLY), and everyone seems to be in their own little world but somehow these worlds connect and things work out.
Dinner was delicious, and now its play time! Mexican dominoes, widow (card game)…its gonna be a fun night. 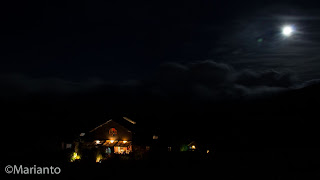 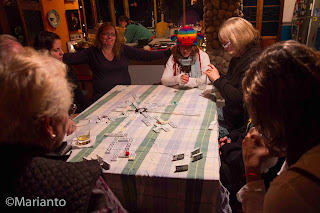 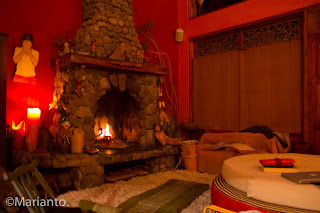