From now on I’m gonna be mixing things up a little here in the language department, sometimes spanish sometimes english, depending on the mood a little (sorry, blame multiculturalism, bilingualism, etc).

Today was my first day back in Bogotá after spending some time in Lima. Martina was left at a dog daycare/hotel so instead of having them drive her over I decided to make a little trip and get her. So, left Mr. P at the office, went to pick up my cousins and we were off! We picked up Marti who went insane when she saw me, jumping to and from the car like a crazy flying squirrel (seriously, I just love my dogs so much, no one can give you so much unconditional love). After that we decided to go see the Salt Cathedral in Zipaquira. It’s a very touristy must-go when you come to Bogotá and I had never been so it was a pretty fun plan. The cathedral is located underground, it was also a salt mine (obviously), and its 2km long. Yea, when I heard “2km, and we’ve only done 300m” I almost had a mini panic attack, I really don’t like closed underground spaces such as caves, crypts and such… Luckily this place was big and had very high ceilings and there was no sensation of stuffiness. Because Martina was in the car, and we were startvign and really not catholic enough for the whole thing, we skipped the tour guy and walked around on our own. Its really beautiful specially because of the lighting they have which are constantly changing and give everything just a greater dimension.
After the Salt Cathedral we went to look for lunch. I have heard about a great place in Chia called “Galapagos” but apparently no one knows how to get there so after a LOT of driving around almost in circles we ended up at a restaurant we had seen on the way to get Marti. It was perfect, had a big indoor patio for Marti to run around and it was empty so service was super fast, we had “bandeja paisa” which is basically a plate full of yummy delicious fattening stuff (beans, rice, powder beef, avocado, chicarron, chorizo, arepa and a fried egg). It was very, very good and after eating we headed out towards Sopó (again we got lost getting there and went in circles) to have dessert at the Cabaña Alpina. We were so full and the desserts were so big we didn’t even finish them but packed our stuff and headed back to the city. We went through the small route which has such a beautiful scenery, I love it. Got into the city at 5 sharp, when traffic just decides to go insane, so quickly picked up Mr. P at the office, stopped by to get some anti-flea stuff for Marti and headed home to wait for traffic to cool down before taking my cousins back to their place.
All around it was a fun day, a different one, and thankfully a BEAUTIFUL one! The sun was out, the sky was blue, a perfect day to be outside Bogota. If you ever happen to come to the city, rent a car and drive towards the outside of the city, the scenery is great and there are many little town you can see (not so much fun if you ask me) and lagoons or river dams that offer a great view and a fun camping experience!


Alright, after like 2 hours of blogging (adding some info on my Lima Day 3 post and writing up my Lima Day 4 post) its finally time to go to sleep! I have LOTS of studying to do tommorow because I didn’t read anything for my class during Lima and Mr. P has been trying to get some sleep but I won’t let him with the light on. So, goodnighty everyone! I wish all Mondays were always Fun Days! 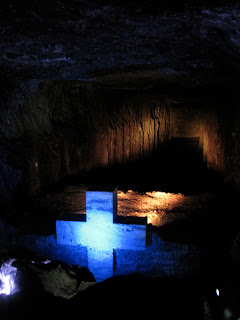 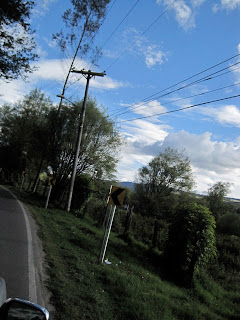