This is a note to myself, from the “rational” me to the “emotional” me…from that side that knows things to that side that believes things. Because in the end even “raw facts” are useless unless you really believe them.

You are not disposable, you are not worthless, you are not replaceable. The fact that you feel this way only says two things about you. One, that you are willing to open up and give yourself up fearlessly – perhaps too fast or without a filter. And two, that you lack self-love. This second one is a hard one to hear, I know it. I feel it.

You always hear people talk about how important self-love is but no one really tells you how to do it. The hardest part is actually accepting and realizing that all this confidence and self-esteem you believed you had, can be shattered so quickly and easily by someone else’s actions. But don’t blame yourself. You feeling this way because of someone else’s actions and words only shows the lack of empathy and carelessness the other person can have. It reflects your ability to care…it can seem like perhaps too much at times but don’t shut it down, don’t erase it from your being. Being caring and loving are things people in this world lack so there is never “too much” of it. Just remember you have to care and love yourself first before giving it. Like your friend said to you “Maria, you are a giver…but you cannot give that of which you lack.”

Now, the hard part. How do you go on fighting this feeling of worthlessness, somehow feeling like your not good enough? I know you are good enough. I know you deserve love and kindness, patience, understanding, good vibes and gentleness. So why do you suffer and accept less than this? Why do you seek acceptance from people who aren’t able to see or feel past their own self? Who have chosen to lock themselves in and live with a shallow heart that is able to turn itself off without consciousness? It’s like there is a part in you that wants to save others. That wants to show that no matter how hard life can be, and how it can push you to close your heart, that you can make a thought-out decision to live and love openly. But you are not a savior and unfortunately not everyone wants that saving, some people are meant to live a closed off live and if they want to change it then it must come from within.

When Cris died it took you more than five years to open up your heart again. After that time we made a well-thought decision to live openly and in a way be a living example that something so traumatic – having that the fear of losing someone so strong inside of you – will not define your life and future relations. For years you lived without establishing bonds with people, they were “surface friends,” because they never really got to know they real you, the one that lived deep behind those walls built upon that fear.

Now, that ability that you felt so proud of, that decision that took you so much courage and time to build up, is being questioned. I hope you fight, although it feels exhausting, to not lose that. I know it feels like it’s impossible and that no matter how hard you try this experience you are living will change it forever… but you must fight it. Don’t let others peoples actions change what took you so long to accomplish. Don’t take it personal. Try to let go. Try to hold your head high and your heart strong. You are not disposable, you are not replaceable, you are beautiful and unique and you must remember and fully believe that. I cannot be the only one saying it and believing it, we must believe it together. The day will come where this letter will seem silly, it will be some stupid bump on the road to an amazing life. But in the mean time just read it and remind yourself that this is a fight we are in together. 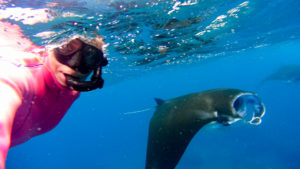 Filed under: Thoughts and Words