Beware, this is a pretty complain-y post…too bad, its just one of those weeks.

This week has not been going great. My visa application has been awfully stressful and having a venezuelan lady with some serious attitude problems be the one who answers the phone to give me bad news (I have to dial many times before they actually pick up) does not help. Turns out the need the papers I sent from where I’ll be volunteering to have a stamp…yes, a stamp. A regular stamp that has the companies name. Seriously, stamps haven’t been used in ages! That’s what one of the companies told me, so…my days begin  my opening my eyes and having e-mail conversations with people across the world trying to figure out what they can do to help me get my visa…but when some of those e-mails say “things don’t look good…talked to the project manager and there was a similar case about some stamps and the person had to end up cancelling”. Here’s the thing, I CAN’T (yes, the right word would be WON’T) cancel! Not only have more than 70% of my saving been spent already, this trip is in my life plan…I mean, what else will I do these upcomming months? I need to do this…for myself!

So, this visa stress began on Monday because not only is all this incredibly annoying and frustrating but I am also traveling to Bogotá next Wednesday…meaning, I need my passport back! Well, that would be $60 for getting my passport sent back + another $60 for resending it to re-apply + $60 for getting it back…and having about 20 nervous breakdowns in between because I’ll need it to travel back from Bogota on the 2nd anyway.
So, option 2: Get an emergency passport! It automatically cancels my other passport but it doesnt matter because I need the visa on my passport, even though it isn’t valid anymore as a traveling document (like when your passport expires but you have your U.S visa on it…the visa still works!). It will cost me $150 and a morning full of running around and sweating under panamanian humidity. That day will be tommorow, I need to drop off my mom at work, fight against traffic and pray for a parking spot, make my “denuncia” (spanglish, get used to it…don’t remember the english word right now) then go to the Colombian consulate which is ALWAYS full (seriously, it wouldn’t be a colombian consulate if it wasn’t always full) and do all the paperwork necessary, go to a bank nearby and pay $150 dollars (although in Colombia i costs 150.000 COP (half) ). With this done I think I’ll be able to de-stress just a little bit.
Besides all that visa stuff, IM SICK! Yup, woke up Tuesday morning with a really sore throat and it has simply gotten worst over the week, my ears hurting now. I went to the doctor today, he basically said it was nothing and sent me some meds (homeopatic everything)…still, $100.
Can’t complain too much though, yesterday was the foundation celebration of Panama La Vieja so schools were off meaning I was able to go tuesday afternoon to El Valle to spend the day with one of my best friends, Maria T. and her awesome bf, JacobO! It was a great trip, short but great…wine, blackout, broken glass, lamp-lit veggie lasagna dinner, passing out on the couch in less than a min (that was just me, I was exhausted…they danced around and bothered me). The next day I woke up first, stressed over my visa as I held an hour-long email conversation with someone in England trying to help me out…then yummy breakfast and a hike to La India Dormida. Now…that hike was a serious, serious kick to my ego. I feel I have never been in such a poor physical state, its disgusting (didn’t help that I had to be weighed in at the doctor today…”omfg” was my reaction to my weight). And yes, I know, I have to get off my ass and actually exercise and then close my mouth and stop eating bread daily (my uncle is an awesome baker and has an awesome bakery…its HARD!), and cut out all my daily desserts. But mainly, I need to exercise again…I realized I haven’t exercised in approximately 7 months (with a 3-4 week interval of Insanity which I loved!). I need to get back on track…somehow. I just get home SO tired from work, its insane…I love the kids but for reals, they are like little energy vampires, its amazing how tired I am from working 5 hours a day!
Here are some pics from Wednesday: 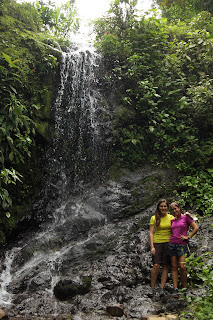 We are good at doing stupid poses
Wednesday (besides getting my ass kicked by the mountain) was fun. The drive back home sucked though, I was so tired and really needed a co-pilot to keep me awake at some points.
I love Maria and Jake, but being with them in this trip made me miss Mr. P more…
This week I’ve really missed him, being all stressed out over visa and other little decisions I have to make and not having him around is hard…I normally don’t say it, to anyone (except today when I told my awesome cousin). I guess I don’t like sounding vulnerable to people, I still feel I have to portray this image of being a strong, independent woman for some reason and it might come off as rude or insensitive but I do miss him, a lot.
Hopefully everything will work out…my dad keeps telling me that whatever happens is meant to be, if I don’t get my visa then it’s because some white shark in Cape Town had me planned for dinner. I try to tell him that it does matter, and all the money I put in to it, but he tells me to take it easy and just wait and see what happens…which to me is pretty ironic considering how he stresses over money and well, I do to because of him (a good and bad thing at times).
Here are a couple more pictures of my summer so far, these were two weeks ago at a Happy Hour raising money for the Panamanian Flag Football Team who is competing in Sweden right now. One of my best friends, Victor (we paddled together when I was 16 and he’s like a brother to me), is in the team and it was a great chance to meet up with friends and talk non-stop.
I love how the SlowSync Flash makes it seem like we were having some crazy wild time when it was a very chilled out night. 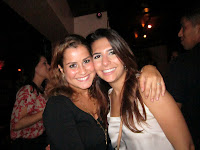 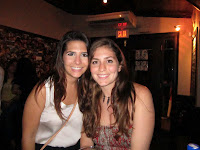 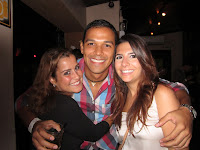 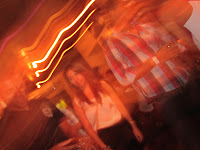 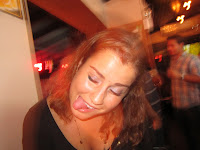 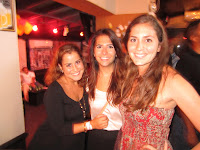 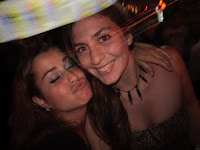 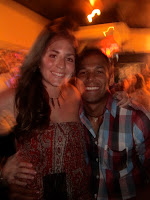 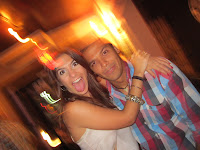 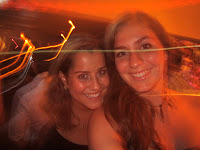